On war and peace


"The language of war," Mahatma Gandhi said, "is in every single aspect of our culture: win, destroy your opponent, kill the competition.
We must change the dialogue."

When I turned 16, I vividly remember my father, in his cow-yard clothes, raging. "Vietnam. He'll be just old enough, you know. It's come around again. Every twenty years."

My number went into the barrel for National Service when I turned 18, and it didn't turn up. I so easily could have been off to the jungles of Vietnam fighting against the evil Reds, as we were told, for freedom and democracy in the world.

As we were told. What a crock.

But it didn't come up, and I didn't go, and we all know how that war turned out.

That's not what I want to talk about here. No truer words could be spoken than those by the Mahatma challenging this deeply ingrained idea below:

"Change the culture." Yet even Gandhi, a man implacably opposed to violence, recognised there were times it was unavoidable. He even joined the army in World War 1, something that many people don't know. He joined the Ambulance Corps, dedicated to saving lives rather than destroying them. He thought it was a just war.

He also believed that India's magnificent contribution to the Allies in WW1 of tens of thousands of Indian soldiers, plus a vast quantity of equipment, would surely be rewarded after the war by Britain's recognition of Indian maturity and right to independence and national freedom.

Sadly, what India got was the murder of thousands of its people by British troops immediately after the war. The Jewel in the Crown would remain British for another two decades.

But that's another story too.

On this Anzac Day, I really wanted to talk about Gandhi's words, "changing the dialogue." For that, we have to leap the Himalayas at a single bound, as you'll see.

The key to changing the dialogue has been around for about 2500 years, but so bound up are we with the joy of "killing the competition and destroying the opponent" we don't take any notice of it.

It's contained in that wonderful book of Chinese wisdom, the Tao te Ching, also called the Daodejing, which I've written about before.

The Tao te Ching tells us there are times we have to fight, even though having to fight is a sign that order has already been lost.

Good weapons are instruments of fear; all creatures hate them.
Therefore followers of Tao never use them [unless they have no choice].
The wise man prefers the left. The man of war prefers the right.
[i.e., if you're smart, you don't have to resort to force.]

Weapons are instruments of fear; they are not a wise man's tools.
He uses them only when he has no choice.
Peace and quiet are dear to his heart,
And victory no cause for rejoicing.
[Lock that last line in.]

What is being said there is something soldiers who have been in battle have always known. [Allow me the gendered terminology here: I'm aware of it.] They have lost mates, tended their terrible wounds. They've seen women and children die, or their lives devastated. If they are in their right minds, they don't make glory out of victory. On the contrary, that little spark of victorious joy disappears quickly in the lingering memory of horrors and waste of life. Ask any returning soldier who's seen it all in Afghanistan or Iraq. And the old diggers of WW2, and Korea and Vietnam. Or civilians trapped in the carnage.

On happy occasions precedence is given to the left,
On sad occasions to the right.
In the army the general stands on the left,
The commander-in-chief on the right.

The general is the strategist who seeks the best and soundest solution on the way to victory, either by peace or war. The c-in-c is the one who plans the military action, once ordered to do so.

That is why a victory must be observed like a funeral.

Whenever you advise a ruler in the way of Tao,
Counsel him not to use force to conquer the universe.
For this would only cause resistance.
Thorn bushes spring up wherever the army has passed.
Lean years follow in the wake of a great war.
Just do what needs to be done.
Never take advantage of power.

Have governments any understanding of the truth of this? One has to wonder. They aim for petty, short-term goals and call them long-term objectives, and deliver the propaganda to support it like an unrelenting barrage of artillery fire.

It fails. Thorn bushes (and vast quantities of poppies) have indeed sprung up in the mire of wars we are still involved in.

Rule a nation with justice. Wage war with surprise moves. Become master of the universe without striving. [i.e., striving in the wrong way, head against a brick wall.]

And yet, war is sometimes inevitable, because of terrible mistakes made that lead up to it. But if it has to be, then it has to be won, or there is no point. How is this accomplished?

A whole volume has been written on this by Sun Tzu; the Art of War. Its entire strategy depends on comprehending the Tao te Ching, which is why it is so poorly understood when taken out of context that the modern military strategists who read Sun Tzu just don't get it. But the Tao te Ching itself contains the essence of winning when a war begins.

There is a saying among soldiers: I dare not make the first move but would rather play the guest;
I dare not advance an inch but would rather withdraw a foot.
This is called marching without appearing to move,
Rolling up your sleeves without showing your arm,
Capturing the enemy without attacking,
Being armed without weapons.

This, of course, is a lesson in the purest guerrilla strategy, which always wins in the end against naked force. Always, that is, while a subject people survive and are contained only by force.

Good morning Vietnam. Hello Iraq and Afghanistan. Such a pity you never met in the minds of Presidential advisers now armed with drones and planning covert operations.

Nowadays men shun mercy, but try to be brave;
They abandon economy, but try to be generous;
They do not believe in humility, but always try to be first.
This is certain death.
Mercy brings victory in battle and strength in defense....

On this Anzac Day 2012, I offer this tribute to all who died or suffer because of war. Listen to the lessons that have been there for millennia. As Gandhi said, "Change the culture." War is not a game, though our leaders have fallen into the trap of making it so. Our movie-makers as well. How much is this epitomised by The Hunger Games – where is the line? What's the message?

Do what the diggers ask. Remember and pay tribute on the morning of Anzac Day, to honour all those who deserve it – children, women and men – and play the games in the afternoon that substitute for war and one hopes, ease the pain.

We owe them and all the casualties of war that, and more. Let's change the culture for the sake of future humanity. Let's at least try.

Let's at least celebrate victory in war as a funeral. If we don't, then its greatest lesson to the living is lost.


I chose the translation of the Chinese version of the Tao te Ching by Gia-fu Feng and Jane English. This version can be read online or downloaded [which I find extraordinarily generous of the authors and publishers] here. 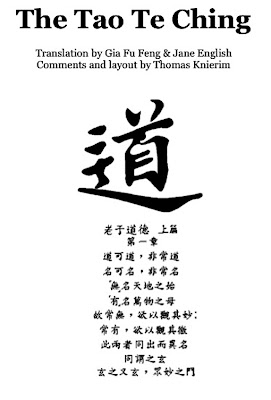