No ado about anything 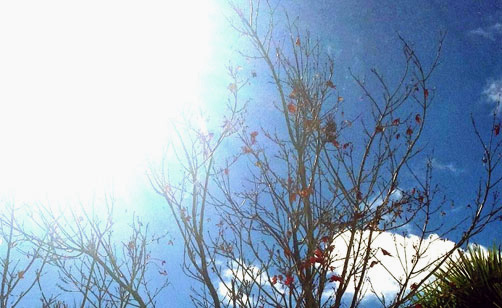 The last leaves of autumn

3 June, 2013. Morning. The curtains were closed. Tracey had set the fire, and its warmth bathed the lounge room in a cosy glow. We sipped our coffee.

The Japanese Maple branches were patterned against the curtain, the bright sun behind them. The shadows showed that wrens came to the tree, and played in the branches. Played? Probably they were hunting for their breakfast of tiny insects, but they gave us our shadow play. It was pleasing.

We watched for a while. It wasn't exactly the Ramayana.

"Let's pull the curtains back. Let the sun shine in."

Of course that means Tracey has to get up and pull the curtains. Sunlight flooded the north side of the room.

"I wonder if the birds will come back, now that the curtain's open."

A little smoke from our chimney drifted across between tree and sky. It pleased me. It was really glorious out there.

"It would be nice to have a photo," I said. "taken right now, before it changes."

"It can wait till I finish my coffee," she said.

"A reasonable request," I said. "but now's the moment."

"Oh, it wasn't a request. The light's all wrong. And the window's dirty." The centre-pane was a fixture.

"It doesn't matter. Art is Reality, my dear."

"Art needs a window cleaner, my dear. That's the reality. Preferably a good looking one."

I agreed with her about the cleaner, although I suspect our visions of a window-cleaner differed somewhat. Mine was sort-of French maid. I doubt very much that hers was. More like something out of Lady Chat, I suspect. Handyman bare-chested splitting firewood - that sort of thing.

I was wearing my drop-crotch pyjama pants with milk-and-cookies pattern. The comparison wasn't flattering, so I pursued the subject of the photo.

"When have I not, my Doctor? I can't say I'm always impressed by your theories."

"Never have you not humoured me, it's true! My darling, you are a jewel beyond compare. You are the...."

My iDea wasn't bad, really. I had in mind a glowing sun in the corner, like we used to draw, complete with rays, in Grade 1. It was an essential part of landscape composition at the time, I'm sure you remember. Grade 1 teachers are reminded of it every art period, aren't they, Sylvia?

With the sunlight behind, I'd get a silhouette effect on the maple branches at least, given that the colour would be drained out of the picture like blood from the French window-cleaner's neck after Count Dracula had been around.

"I see the birds have flown," said I, stating the bleedin' obvious but filling a gap in the conversation.

None had returned since the opening of the curtains.

"...though how do we know whether they would have or not?"

"So it's a matter of Schrödinger's cat. Or in this case, his budgies."

"If you say so," I said, "You're the western philosophy major."

I was going to add something frafully clever about a Pavlovian puppy, but it was really too early in the morning and I was already on a hiding to nothing.

"This iPad isn't good enough. I'm getting my camera."

Here you see the results. She really is that jewel beyond compare. And all those other things she wouldn't let me say.

Sometimes there are days like this. They are the swirl of cream on the coffee of mortal existence. 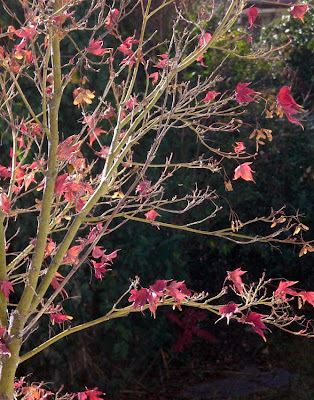 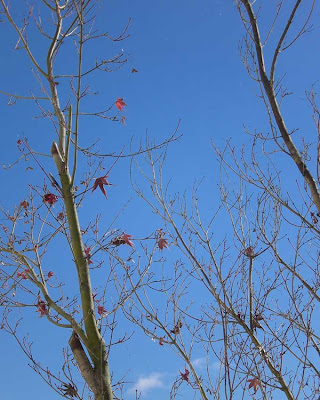 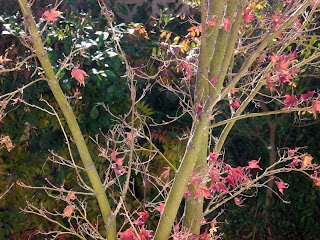 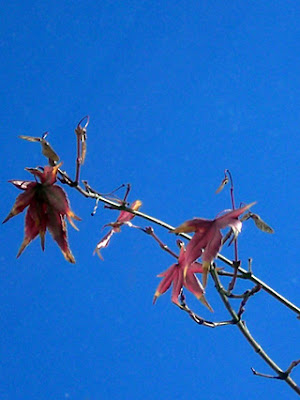 All photos on this page were taken by Tracey James