.
Please read part 1 first!
In case you're wondering, this isn't all about politicians or charismatic populist leaders. A brief mention of a couple more and we'll get to the business end of the story. Plus one I didn't think of.
What about Che Guevara? No, not quite. Mao Zedong – the great Chairman Mao? He died at 82, no great shock. I walked past his wizened body lying in (parlous) state in Beijing in 1989, and don't remember great anguish in 1976 when he died. I do remember the doctored photos in of his funeral in China Pictorial, where the Gang of Four was obliterated spectacularly from official history, Mao's wife included. I'm not Chinese, so maybe I'm not qualified to judge anyway but I don't recall any great anguish and shock in the rest of the world.
I can't elevate to anywhere near the status of JFK and Marilyn the deaths of tragic pop-culture figures whose untimely deaths sent a ripple rather than a tsunami through the world. Janis Joplin, Michael Hutchence, Amy Winehouse, and even the more fame-worthy Elvis Presley and Michael Jackson; they were all figures chewed up and spat out by fame, media, wealth, drugs and in some cases, I suspect, a sense of their despair – that they felt they had everything and yet nothing worth having.

Steve Jobs (1955-2011)? Not quite. His death at 56 was not unexpected, and though he may have had more innovative brilliance to contribute had he lived longer, it's not quite the same. He doesn't quite fit my set of criteria, though the mourning was widespread. I suspect it was as much for his talents as for the man himself – maybe more.
That leaves only two who stand out like beacons in my perception. I'm not sure which of them to put at the top.
Diana, Princess of Wales, née Spencer (1961-1997). I have never seen such a vast outpouring of genuine and spontaneous public grief as at her death, and not just in Britain. The tragedy of what is known about her life only adds to the shock at the manner of her death. Comment here by me is superfluous, but we all remember those acres and acres of beautiful flowers sacrificed in tribute, as her mortal remains passed by. 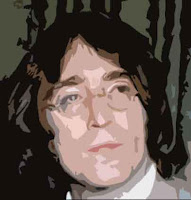 Lastly, there can only be one, and given my age you must surely have guessed it. John Winston Ono Lennon, MBE. John Lennon (1940-1980). Born, I see, on my mother's fortieth birthday.
The strange thing is, I have no immediate yardstick for comparison with others on my list. The reason is that on the day of his murder, I was in Dhaka, Bangladesh. I was listening to the news on radio, and the Lennon item came up after several tedious reports on the wonderful things that Bangladeshi President, Ziaur Rahman, was doing to make Bangladesh into a great nation.
Then followed just a brief mention of John Lennon's death. Maybe fifteen seconds of air time at the most.
"Did you hear that?" I gasped to my friend. "John Lennon is dead."
I got the feeling that John Lennon wasn't really on his radar.
"The Beatles...."
I gave up.
It wasn't about the Beatles really. It was about the man, John Lennon, now lying dead in a morgue in New York, shot by a "disturbed man", creating with those bullets an emotional gap in the lives of so many people around the world. Mine too.

John Lennon wasn't just a singer/song-writer in a spectacularly successful pop band. He was John Lennon. And there I was in Dhaka, and it was just another day, cycle ricksha bells ringing and the incessant rumble of traffic all around. Why would it be any different for the auto-ricksha driver? Had his life ever been affected by one thing John Lennon had done? I doubt it.
I took a long walk, past Jatiyo Sangshad Bhaban, the Parliament House, and thence to the reading room of the British Council Library. The overseas newspapers were full of the Lennon story.

One piece in particular, in the Straits Times (Singapore) got my attention. It was written by a young Chinese woman, and she poured her heart out over what John Lennon's death meant to her, there on the tiny island of Singapore.
It was a beautiful story. If you happen to have in the magazine rack right there at your fingertips a copy of the Straits Times, probably 9 December 1980, please let me know. It said it all.
So who did I miss out or insult, do you think? I'd love to know.

Postscript. When I write a blog piece, Tracey sees it for the first time only when she logs in, just like anyone else. This time, before posting, I was intrigued enough by the subject to talk with her about what her list would be.
She came up with one person I hadn't thought of; an Australian as it happens, who was regarded with considerable affection not only in Australia but much more widely, and whose death was reported throughout the western press. It's someone I would certainly have included had I thought of it first.

If you don’t know him from the sketch, then there's not much use describing him or his bizarre death, is there? He can't be said to have had anywhere near the impact of some of the others, but worthy of inclusion, and a very sad loss to the world, I think.