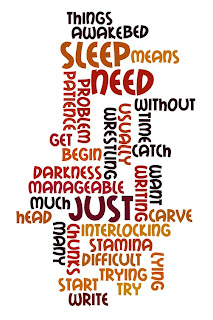 It's weird. Today, I don't know where to start.

Usually, it's no problem. I just begin writing, but this time it's difficult. There are so many interlocking things I want to say without trying your patience or stamina too much. I've been lying in bed awake in the 5 am darkness wrestling with this, and I need to write something or I can't get it out of my head – which means I can't sleep. But I need the sleep. Catch 22.

So I'll just start and try to carve this into manageable chunks. OK?

On May Day, Tracey and I were out walking. I'd had a question in my mind for some time.

"Do you think I'm misrepresenting the state of my health on the blog?"

She paused for a little while before answering, but the answer was clear enough.

The reason I asked her was that I have had quite a few of what were to me odd reactions from people, some written and some in person, and so had Tracey.

"It's great to read that everything's going so well."
"You look fantastic."
"It's incredible that you're cured."

That last one really pulled me up. What sort of tangential universe is one of us living in? Cured? This thing has no cure.

Oh, I know that when friends come to my door they aren't likely to say:

"Man, you look dreadful."
"I see you can't walk straight, or can barely sit yourself down."
"You've got jowls like a prize bulldog."
"You're going to have to get a forklift for that stomach."
(Well, a couple of my friends might, but that's OK. We go back a long way.)

I've conceded several times in this blog that when I'm settled and comfortable, I can appear to be fine. My brain's probably running on high revs, so it's relatively easy to create an illusion of near-normality. I know too that many people do see things but are polite enough not to point them out, and it's normal to focus on the positive – or, as we often do, talk of other things entirely, which is fine by me. Who wouldn't?

I also know I've been around far longer than some of the estimates that have been given to people or to us, and there are good reasons for this. But it means that in a strange way, it dulls or deletes the expectation in many people that I will drop off the perch shortly or that some sudden event will do it in two minutes, possibly starting right this second.

You see? Neither you nor I can find it in our hearts to process that, but it's right. Dead Wright.

So when Tracey said a clear "Yes" to my question, I can't say I was surprised. It was only confirming what was already in my mind.

"So what am I doing wrong?" I think I already know the answer to this, but I'm interested to hear how she puts it.

"When I read the blog, two things strike me, so they must strike others as well."

"Firstly, on the main part of your blog, it's nearly always upbeat and often funny, and this creates the impression you're always fully on top of things."

"Well," I say a bit defensively, " I take hours to write a few hundred words of any blog posting. I can think about it, change it when it looks too stupid, and patch over the mistakes a bit."

"And," she goes on, "in the other part of the blog, the What's New section where you do a bit of medical reporting, you tend to focus on the positive things and play down the others. I know you mention the negative ones and expect people to read between the lines, but they don't see what I see. You can't expect them to."

"So it doesn't surprise me so much when people meet me in the Supermarket and say how well it all seems to be going. They see you joking and acting just like you always did years ago on FaceBook before all this. A place like FaceBook is where all our local friends and relatives are, and a lot of your overseas friends. There's no lines to read between on FaceBook.

"And you don't go out much, so most people don't see you. You write on the blog that we're out walking, and the picture is we're strolling along like... normal people, doing normal things. But if you weren't holding my arm, you'd have fallen over a dozen times by now."

That's all too true.

"Sometimes I wish you'd do a parallel version of events on the blog," I say to her, "so people could see it from inside my head and also get a more realistic version from your point of view at the same time. But I don't want to impose that on you."

"There would probably be things you mightn't like me to say, either, about what I see and know at this stage of things."

She has a point. I probably wouldn't, and want her to change things, or not say them at all.

I always say she's the control freak. Maybe it's me.

But she's right. I need to tell it like it is. True, some people heavily in denial refuse to see what's there right in front of them no matter what, but most of the time, if you don't give them the whole story, you have to expect it will come back to you in a distorted form.

So, I better balance the scales from here on, especially now that things are changing with much greater speed.

More on what's really happening next time then. It's too late in the day for sugar-coating.
continued