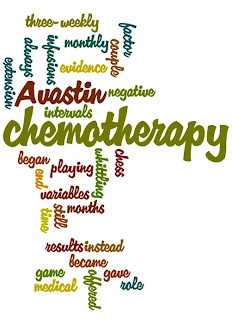 I was about to post a complete version of the final episode of this series when I saw on the ABC [Australia] news a remarkable story about brain tumour survival – remarkable on a number of levels.

But one thing the story doesn't make clear is that the apparent success of this surgery depended on a number of things, the main one being that the tumour successfully removed from this twin's brain was clearly one of the less aggressive types.

Brain tumours range in degree of deadliness from benign to the Glioblastoma Multiforme that I and many like me have, graded at Type 4 of four, that being the highest grade of the nastiest type and most difficult to deal with.


It seems from this TV news story that once a brain tumour is detected, it just has to be removed, and the problem is gone. That simply isn't the case, but the story no doubt creates a mistaken impression about brain tumours in the minds of many, and I feel the need to correct it before going on. It's rarely this simple.

This little explanation tips my final part of my chess game with Mr C over the edge in terms of length, so I've broken it into two and will post the other part later. I know only too well the concept of reading overload because I've often experienced it myself.

I've written about our Avastin encounter many times on this blog, and don't want to go over old ground. But I also know that the contents of an unfamiliar blog can be a mystery, and mine's even more a lucky dip than most.

All I'll say about it is that after giving the matter a lot of thought, we chose Avastin as one last possibility of holding off the inevitable for a bit longer. By mid-2010 things had got a bit desperate, so I started a course of intravenous chemotherapy. For the first time I sat in one of the chairs beside so many others at Oncology, to have those hateful chemicals pumped into my body.

For the first time too, the hair over my entire body started falling out; something that didn't happen with oral chemo earlier in the year. High doses of steroids were added to the cocktail of drugs I was on.

Temporarily, things improved. Tracey and I were married in July 2010. It just seemed right after all those years when it didn't really matter to us. We wanted to make the most of the better quality of life, but it didn't last long. A serious physical slide looked certain to take me out quickly.

There's an interesting story as to why we look so long to decide to try Avastin, given that we knew about it for the whole time since diagnosis, but I won't go into that now, much as I'd like to. For the moment I'll just say that medical professionals have good reasons to be reluctant to recommend Avastin; reasons that may or may not be related to its therapeutic effectiveness.

I took that first Avastin infusion in September 2010, nine months after diagnosis of the tumor. The best advice was that it should be done once a month, in conjunction with continued chemotherapy.

The immediate results were remarkable. An MRI showed great reduction of the brain inflammation that contributes greatly to seizure strength and frequency, and they stopped altogether. The tumour itself, denied much of its nutrient, seemed stalled in its growth. Almost overnight, I could walk quite freely again. My right arm, though wasted, responded slowly to physiotherapy, and my fingers started to cooperate with my brain.

Benefits against cost were strongly in favour of the choice we had made.

It was only then that I began this blog, on 30 September 2010. I felt the need to tell tales of my childhood that I had never shared with my children, thoughts that had been enriched and informed by a process I wouldn't wish on anyone, and to start to document, in the clumsy way that I do, the story of how the medical journey might go from that point on.

"From that point on" is this end game, which appears to be coming to its conclusion at an increasing pace. After twenty months of Avastin, physical costs have almost caught up with benefits of the treatment, or so it seems. No-one can be sure. An active life has given me a strong constitution, so there's little point in speculating on where the balance lies. There are too many variables.

But in my chess match with Mr C, the variables are whittling down, as they always do in the chess end game, when most of the last pieces come off the board.

We gave up on chemotherapy linked with Avastin after just a couple of months, because there was no evidence in the medical results that it was playing any role in the extension of time offered by Avastin. The chemotherapy itself became a negative factor, so we started the Avastin infusions on their own, and that is the present state of play; at three-weekly intervals, with no chemotherapy for sixteen months.

How does that fit in with my chess game? No, I haven't lost the plot. Not quite, anyway. Don't go too far away now.