Asparagus and the God part of it all [Final]

home | WHAT'S NEW! | stories from my past
asparagus 1 | asparagus 2 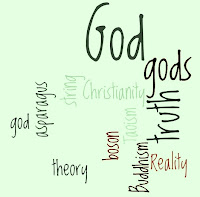 OK, I've been putting this off, for a number of reasons, but I'll have this last go at it and then I've done with it. At least, I think I'll be. I suspect a number of my friends are now so terrified they might say the wrong thing that they won't even write to me, let alone visit me.

What to Tell a Friend Who Has Cancer by Barbara Kantrowitz

It's funny how a little article – and a good one as far as it goes – that's called "What to Tell a Friend Who Has Cancer" is actually about five things not to say. Five, well put, so please go there and see what they are. I've referred to a couple already and don't want to rehash more than necessary.

Just two quick points on her Points 4 and 5 and I'm done.

This one I don't agree with. To reject everything out of hand is the height of arrogance. I've never minded people pointing me to articles and giving me the chance to consider them, but in many cases the contents simply do not fit my case, even if they seem to make sense in general. Often it's like suggesting how the average Australian should dress.


No 5. Don't suggest new ways to treat the cancer.

I agree, unless you really, really know what you're talking about. The drugs I am on have been finely balanced over a period of thirty months. I've often been given the suggestion to have massive doses of some vitamin or supplement or food type. To do this could hasten my death. But, let me add, I do love fresh asparagus.

Find one view and another pops up in opposition. Look e.g., at this as a counter to conventional views. http://suite101.com/article/health-myths-not-superfoods-a33455 Do I know who's right? No. Do you? How? Do you know how it would affect the balance of my prescribed drugs? You suggest these as an alternative to my current treatment? Hmmm.

So that leaves me with just one other thing I want to tackle, from the 14 mentioned in the other article.


The God part of it.

"Don't cry over your diagnosis, because God only gives us what we can handle."

Really? What gives you the right to instruct me on what God "gives" us?

In my work teaching comparative religions, and Asian cultural history, it was my duty as an academic for forty years to find out as much as I could on what "God" means to Hindus, Buddhists of all brands, Jains, Jews, Christians, Confucians, Taoists, Muslims, Parsees, Sikhs, atheists, agnostics and non-theists. I avoided the more recent sects and cults. Most of them give me the shivers.

What I learned from comparative religions is that I wouldn't dare try to tell anyone what God wants, and it's egregiously presumptuous for any human being to speak on God's behalf – even backed by a text they believe with all their heart is final and absolute truth.

Hinduism has a wonderful way of approaching God, if you have a dilemma. I know most people in the west have this vision of Hinduism as lots of gods and pilgrimages and gaudy images and temples. That's only on the surface. Hinduism over millennia has absorbed every known way of looking at Godhead; all sorts of theisms through to no theism at all. This isn't the place to discuss it.

All I'm saying is that in Hinduism you can view the idea of God through every window. To Hindu philosophy, Judaism, Christianity and Islam are forms of yoga – bhakti yoga, to be precise. You'll see Jesus as avatar in the Hindu pantheon, along with countless others. Accepted, not just tolerated.

If you want to have the notion of a personal God, that's fine with Hinduism. That's your way. That's your truth. All roads lead to the top of the mountain. Ultimately.

Hinduism also accepts that the purest philosophical form of Godhead is as an Ultimate Truth or Reality, beyond a personal God.

Science shows us that reality is a elusive thing. It also shows us that we have little idea of the nature of this world and what it's made of. It has dimensions that we can only theorise about. The enchantment of string theory and the reported discovery of the sadly misnamed 'God particle', the Higgs boson, drive this home. So to me it's a foolish person who thinks they have all the answers, especially about God.

Religion has many comforts, but it has inexplicable paradoxes. If someone makes a statement about God giving us only what we can handle, I thank them for trying to comfort me, but I find it ridiculous. For if God gives me only what I can handle, then explain to me how the child with leukaemia, or one who was a happy eight-year-old one minute and now has her body half shattered and burnt and lives disfigured and in agony till the day she dies has been given by God what she can handle.

You aren't allowed to have one without the other. Not in my book.

Of course, I am caught in the paradox of my own logic. If I say we don't understand God because science and reason cannot tell us the nature of reality then I have to admit to the possibility of an eternally compassionate God who allows the child to be tortured and the innocent to suffer horribly.

This admission is why I have said before that I gladly accept the heartfelt prayers of well-wishers, just as long as that is not just a token exercise. If God is present then it is through the action of carers, family, friends, medical staff, researchers, [shall I go on?] so don't replace them in the acknowledgment list by something more esoteric. Give them their due.

My vision of Godhead is far broader than anything envisaged by a personal deity. I can't conceive of a heaven as described by the fundies because I don't understand the plumbing [hyperbole, OK?], or what I'd do up there for all eternity. I can't believe that any compassionate God is going to let His creatures suffer forever the tortures of Hell with no hope of redemption. How could I be happy in Heaven [naturally I have a ticket] knowing that my best friends are suffering the torments of Hell for all eternity?

It doesn't sit well with me, though I accept that everyone else has their view. If you want to know how I feel, then you're going to have to understand Taoism, or what I understand to be the original philosophy of Buddhism stripped of its complications due to accommodating reincarnation, or a monistic view as in the Vedanta of Hinduism, all of which make sense to me. They satisfy me completely as to my relationship with the entire cosmos and its infinite mysteries.

As usual, I've said too little and too much. So be it. Maybe at least I've pointed my finger at the moon, to steal a zen phrase.

--
I tried explaining some Eastern religious concepts in various blog bits such as on Taoism [or Daoism if you prefer] Making sense using Eastern logic and Illusion, truth and reality (Part 1)

home | WHAT'S NEW! | stories from my past
asparagus 1 | asparagus 2