Knotty problem and the Graduation Duck 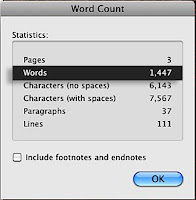 It's maybe 4.30 am or so and thoughts and ideas have been floating around in my head, many of them complete pieces I want to commit to file. I begin typing keywords and phrases because I know as long as I do that I have a good chance of remembering enough later to link discrete things together.
Then I feel the right calf muscle starting to cramp and I work the ankle and the foot into a better position, and am now fully awake. I realise to my chagrin that I've been dreaming, and all that effort in typing those keywords and phrases was part of the dream itself.
Surely my right hand should work for typing in a dream, but no. I distinctly remember tapping away with one hand, as usual.
I feel betrayed. My body is cold. Armidale autumn, with the ending of daylight saving through the night, is well and truly with us.
I don't mind the leg cramping. That's started to happen only since we've been walking regularly and I've been doing particular exercises to increase flexibility of ... well, as many muscles and joints as possible. It's actually a sign of strength in the leg, and that I need to drink water.
I must get up. The leg cramps have gone but I'm awake now, and I really want to write down something while stray bits of the memories remain in my mind. The ones with no associations have slipped away.
I spoke before about that odd sensation of a thought collapsing, or disappearing into nothingness like water into dry sand on the beach.
The beach. Nothing is more beautiful than the white beaches directly down the big hill from us, with their fine sand and the salty air and the blue-green ocean with the constant rumble of the waves.
Rumble isn't right. What's the word I want? It won't come. Is there a word to really describe that sound of that rolling, restless, rustling constancy?
Life's a beach.
I splash water on my face. Months ago, I had to use just one hand to wash my face at the bathroom sink. The other arm would just hang down, as if the bone had been surgically removed.