Open letter to a scammer

home | WHAT'S NEW! | stories from my past
.
Dear scammer,

I refer to your email below and would like to make a few comments. 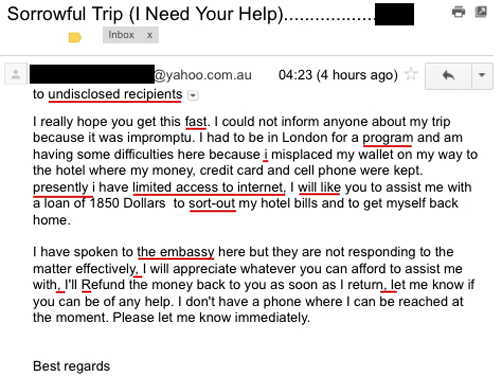 .
A few facts about the person you are impersonating.

The first time I had one of these letters was 15 years ago. I've had several since.

You are an evil little swine, but we both know that already. I just thought I'd get that in.
Love from Denis.