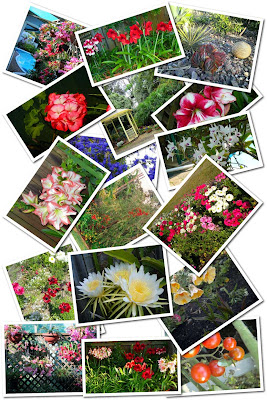 Rain clouds, gardens and cowdung. Yes, that's right. You think after the Mrs Woog episode, I've really done it this time, don't you? Power cord's pulled out of the outlet. Lift's not getting to the top floor. Phone's off the hook. TV antenna's pointing the wrong way. A few fries short of a Happy Meal. A beer gone from the six-pack.
Well, it isn't so. It's just that it didn't end up as I intended - as a three line medical update, even though it started that way. And reason for the flower pics from my sisters' gardens will become apparent later, so enjoy them on the way through! 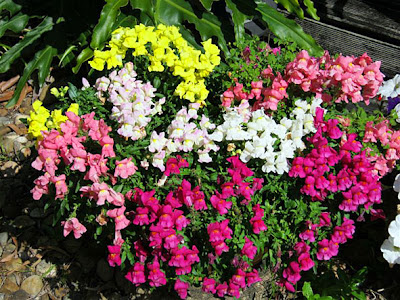 Saturday, 15 October 2011 8:20 AM.
After a night of steady rain it's a mild day, with a little more rain to come. The radar tells me that it is pouring at Jan's and that Lyn will have had rain overnight. The girls in Melbourne look like having a clear day.
That's how it started. Yesterday, take note. Already dodgy as a medical report, I just let it have its head. 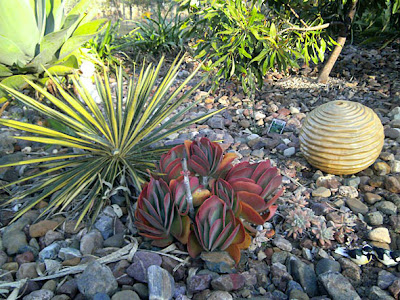 Why this fetish with the weather? You can't have grown up on a farm in the days long before the internet and radar and not search the sky every morning to calculate the chances of getting a shower. On the land, it was only rarely that a shower wasn't welcome, however temporarily inconvenient it might be.

You learned to understand how the various types of cloud above gave a good indication of what was to come; the variety of hues in the clear sky, the direction of the wind. If there was rain coming, you could smell it, in the way that when you go to the coast after living away from it you can smell the salt and feel the humidity in the air. 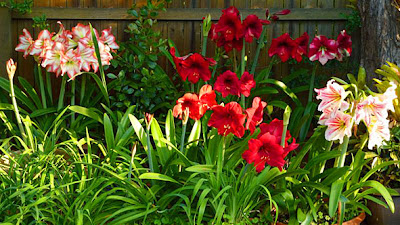 'The air here is thick,' Sylvia would say when we got out of the car down at the beach at Valla Beach. 'And it's heavy.' She was born and raised in the thinner Tablelands air here high above the coast.
....which has absolutely nothing to do with what comes next. 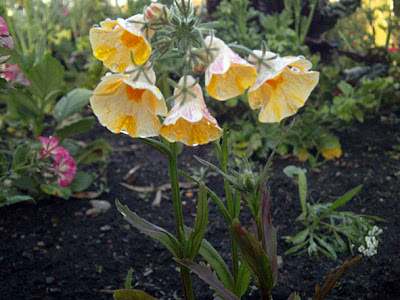 Jan and Lyn both have beautiful flower gardens; a love and talent they inherited from our mother. Kay, before she died just three years ago, also had a glorious garden, and together with John created the most successful online gardening site in Australia. 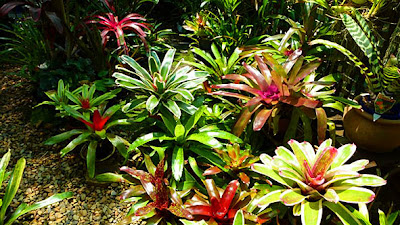 Kay and our friend Julie came to know each other because they were asked to judge gardening competitions together - interstate ones. Coincidentally, Julie was a student in my Asian cultural history courses and it was only later that we realised she knew us both quite independently and at different ends of the country.  Not coincidentally, she and her husband Bob are coming to visit us later in the month; the first time I'll have seen them in nearly ten years, and first time ever for Tracey. 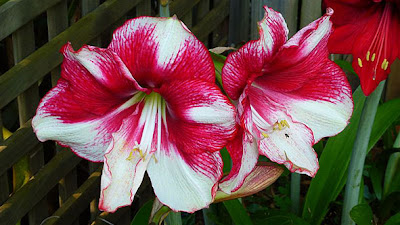 See where talking of the weather gets you? Even further... to Dhaka, Bangladesh. I remember one morning at breakfast with my friend Zahir, about twenty years ago, looking out the window at the sky and saying, 'I can't be sure of your weather patterns here, but if we were in Australia I'd say you were going to get a shower this afternoon.'
He looked at me dubiously.
'That's unlikely. It hasn't rained for months. And there's barely a cloud in the sky.'
...which was obvious enough. Dhaka is very dry and dusty in winter. It certainly was that day.
'Still,' I said, 'it looks like a bit of rain coming to me.'
It did rain that afternoon, and Zahir was quite shocked. Thereafter we made a joke of it, involving 'weather prophecy' and a morning weather report daily over breakfast. 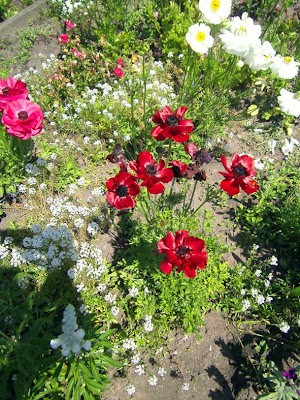 I was more interested in growing vegetables than my sisters with their flowers. Always thinking of my stomach, OK OK, - have your fun. 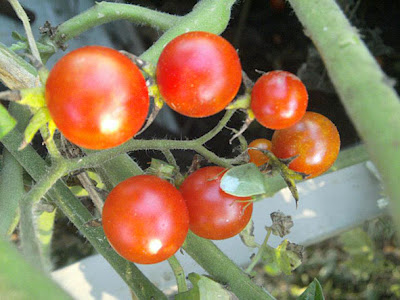 It's true enough anyway. Oh wait, what's not true is that Lyn and Terry don't grow vegetables. I forgot that. Here's pictures, come to think of it. And Jan is sure to tell me of her hidden vegetable plot too. I can't get away with anything on this blog. 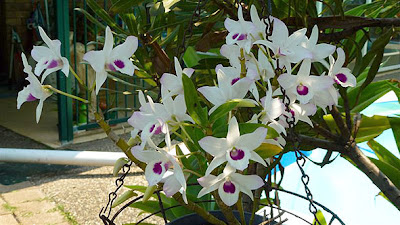 So you see, my Hindu friends, you thought I was a Brahmin, teaching you your own Indian history at the university, when in reality as a child I was nothing but an Untouchable, an outcaste, shovelling you-know-what! 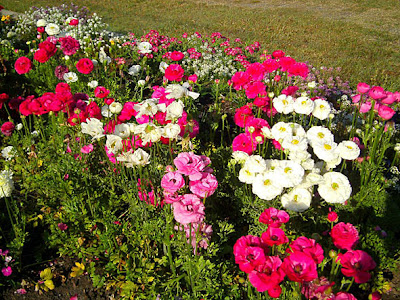 Where was I? Oh yes. The manure pile. With the heat of the Queensland days, the pile broke down into beautiful rich crumbly dark soil - the sort townies pay a fortune for at the garden shop.  The sort that our friends from town came out to visit us regularly for, just by chance towing trailers and carrying a shovel. 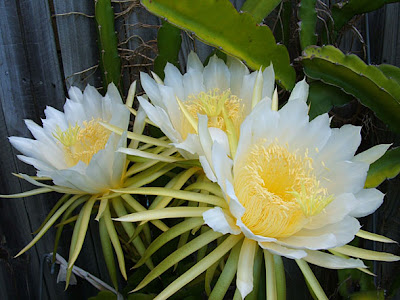 Dad and I would shovel this on to the vegetable garden, and borrow a neighbour's rotary hoe so we could plough the perfectly-rotted manure into a piece of ground below the dung-heap the size of a tennis court. 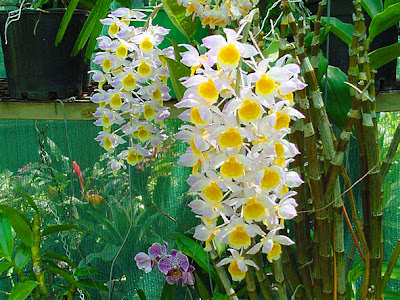 This soil was already quite rich from its location on the downhill side of the manure heap, the rain washing nutrients deep into it year in and year out, much to the delight of the giant worms below the surface. Half a metre long, some of them were, and they also played their part in producing soil so beautiful you could plate it up and eat it with a knife and fork. (Well, apparently some people do eat soil. Not I. It's passed through all four quadrants of a cow's stomach, metres of intestines and then through a worm. That's not my idea of rural culinary delicacy - paté de cow's gras. But.... it is very friable. Maybe something for the pan? Hah hah.) 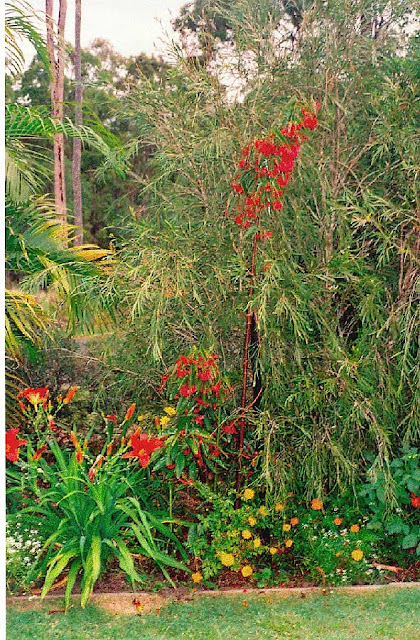 In that garden we grew the most spectacular vegetables - peas and carrots, sweet potatoes and beans. A little row of radishes and some sweet corn. Potatoes and peanuts. Brussels sprouts to die for. Oh shut up, you whining Brussels sprout haters. You're the ones with kangaroos loose in the top paddock. Nyah nyahh. Baby Brussels sprouts are magnificent. 'Food of the Devil', Tracey's sister Keely calls them. She doesn't know what she's talking about, even though she looks like an angel. (She's not.)
There was nothing that wouldn't grow in that soil.
I regret not being able to grow vegetables now. At least we have fruit trees. And we have another dear Julie here who often brings us Tablelands flowers from her own beautiful garden. She brings a bunch and no matter what, they always arrange spectacularly in a vase, colours and shapes and perfumes. 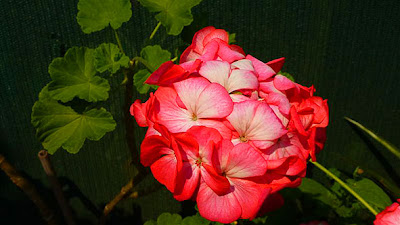 That's all. I've had my ramble in the garden. You can go now. 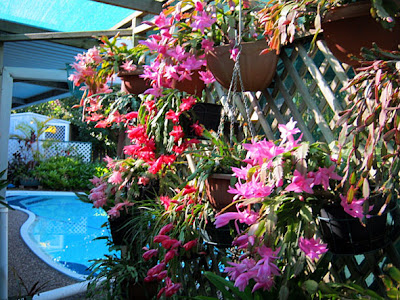 Oh wait; one last thing - if any of you have the wanderlust and want to be happy campers, Julie and her husband Bob have just produced a wonderful e-book on camping in Australia. They have more experience between them of camping than just about anyone in the country, so should the urge take you and you want to do it the best way, it's right at your fingertips!

The garden pictures alternate, more-or-less, between Lyn's and Jan's gardens. You might be surprised which ones belong to which, considering one is on the Gold Coast, and the other near Maryborough, Q. Thanks to you both for the pictures!
home | WHAT'S NEW! | stories from my past
Posted by Denis Wright at 10:23 AM