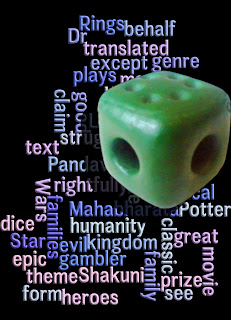 I'm sure there are some people who claim they hate games, but they don't; they just mean that the games they play mightn't be recognised as such. We all play games.

In the great Indian epic, the Mahabharata, master gambler Shakuni plays dice on behalf of his family against our heroes, the Pandavas, the prize being the kingdom both families claim as rightfully theirs.

It's the classic struggle between good and evil, the identical theme to that of all modern epics of this genre. Dr Who, Star Wars, Harry Potter, Lord of the Rings – we see them on the big screen courtesy of movie-makers with vast amounts of investible cash, translated from text invisible to 90% of humanity.

Shakuni, the bad guy, has persuaded the demon of foul play to enter the dice, (made from his grandfather's thigh-bone if I recall correctly), so he and the hundred evil brothers cannot lose this contest. Amazingly, our hero Yudhishtira must play the game on behalf of his family – and therefore for the cause of universal goodness and righteousness – in spite of knowing for certain that the dice is loaded, that he will inevitably lose this contest, and have to win it all back again another way. 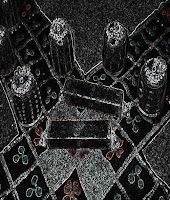 "There is only the game," says Shakuni, "and it must be played out." Yudhishtira is a kshatriya, a warrior, and because honour is all, a warrior cannot under any circumstances refuse a challenge. So he plays the game, and all is lost, including his freedom and that of his four brothers and their adorable fearless wife Draupadi. Yes, you read "wife" [singular] correctly – but I'm not here to tell you this story. It just illustrates my main point.

There is no such thing as chance. Shakuni knew it well, and though he may have had help to win using magical dice made from his granddaddy's thighbone, the storyteller got it right. There is only the game.

Einstein said the same thing in his own style, and when I read this as a thirty-year-old who clearly knew better than that old fogey Einstein (because I was thirty and he would have been a hundred then, were he still around), I was at the time greatly disappointed in him. 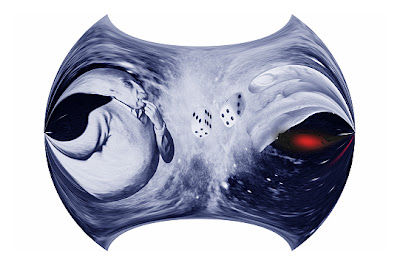 "God does not play dice."

That's what he said. I was disappointed because I knew the power of this observation in the hands of countless blinkered theologians; its power to back up fundamentally stupid dogma of all sorts when they didn't have a clue what he was on about – rather like me at that time anyway. Not a blind clue that Einstein's vision of God wasn't that of a puppet-master but something vaster than the universe itself, which at least we now know isn't anything like what we can imagine. Much larger even than space, time, nothingness and any other dimension upon which we may speculate.

I was disappointed because I thought at the time that Einstein was playing games with religion – but of course I was wrong. How could he, as a product of his time and society, express things in any other way?

This all seems like a huge digression from my story, but nothing happens by chance you see, so it will all come together, if I have the time. Time: that's one of the disadvantages of living in space-time and having to use sensory-intellectual consciousness and those slippery little devils: words. Finitude within infinity.

It's so easy, and comforting, to accept the notion of chance. When I play or watch games, I have to believe in it, temporarily at least, or where would the fun be? Chance actually is nothing more than not knowing enough about a set of circumstances to be able to predict the outcome.

If we could know the result, we'd never bother to play, except maybe for money. Then it's not a game of chance; it's a certainty. If we never played anything, we wouldn't be human.

I wanted to tell you here about the game of Yahtzee, and how it does or doesn't relate to my story, but I haven't the time or the space. That's a pity, because I think you would like it, if you've managed to stick with me so far and are still interested. Let it go. And I wanted to use cricket as an analogy for some things relevant to this ramble, but... same problem – except that I see now I have covered cricket from a different angle in another piece. It's not all that bad, now I read it again [having forgotten I wrote it]. Let cricket go as well.

...which leaves chess, which I also referred to in that story.  Chess and cancer, those are the games I'm on about, and I'll get there. I will, because now I have clear as a bell in my mind how this story is going to play out. This clarity from go to whoa is rare for me, as long as I stick to the rules of the game. Maybe I will, maybe not. You just have to... take your chances.

And this looks like a good place to stop, though I intended to be much further advanced. If I'm writing, and a man comes to the door who doesn't look like the parcel man and has PORLOCK on his van or shirt pocket, shoot him. He once before wrecked the completion of what was going to be one of the best poems in history, so no-one will blame you. It would, after all, be inevitable, and you might give it a go as a defence at your trial.