Inside a focal seizure 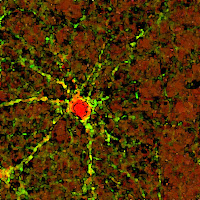 My last seizure was on 22 November - nearly a month ago - until the early hours of the morning today, that is.

I had an inkling last night it was going to happen. You know how the black ants run all over the place before a storm, or furiously start to build up their nests? That's how my brain felt then, as if it were trying simultaneously to prepare for an event and run away from it.

There's no running away. It's not till tomorrow that I have a life-extending hit of Avastin, but if the infusion would have prevented the seizure - and there's no guarantee it would - then it's a day or so too late.

It was a vivid one, happening at 3.45 am. I always have to turn on the lamp and note the starting time, to see how long it goes for. I do that in case we need to call an ambulance.

A lot more people read this blog these days and won't understand what a focal seizure really is or does, but the important thing for the moment is that I am fully conscious every moment of it - so it's no trouble for me to remember and describe.

This one was about 8 on my Richter seizure scale, and lasted about 3-4 minutes. It jolted me awake when I became aware that the fingers on the right hand were spasming, opening and shutting powerfully like a claw. It went through the standard sequence which I won't describe again here; up through the arm, down the right side, and into the leg and foot.

As usual, the problem is like that of being in an earthquake - not knowing how strong it's going to get, what parts of the body it will affect, how long it will last, and how many aftershocks there will be. 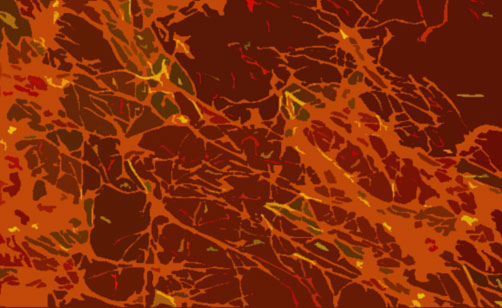 It came to an end the way a thug deals with you - a last violent kick or two and then he disappears into the night, leaving you lying there barely able to move a muscle, but glad it's over. Gradually the affected parts of the body get a level of function back. You've survived the onslaught.

Or I have, yet again, for the nth time. I lost count long ago.

I went to the bathroom, knowing that it may not be over. I've had aftershocks before. Walking was difficult and I had to be careful. I felt grateful that yet again there are organs in my body unaffected by the seizures.

A seizure leaves me with a feeling of torpor or exhaustion, but I know my brain is racing. After a month where I gradually feed a tiny germ of false hope by doing everything in order to be 'normal', I'm reminded once again what 'normal' really means for me. All the exercising, physical and mental, can't change that.

Still, I accept what can't be changed, and looked for a comfortable sleeping position.

I lay on the right side, its arm position rearranged by the left, and drifted into an uneasy slumber. A snake as thick as my leg wound its way through the undergrowth somewhere on the forest floor of my brain. I couldn't see either its head or its tail. It changed colour like a chameleon as it passed along, through the fallen branches and dead leaves and the dirt.

Up there, my consciousness was in two halves. I felt as if one half were trying to invade the other. My right side was warm, tingling and slightly sweaty. The palm of the hand felt as if it had been sitting on a hotplate that was cooling down. The little finger was still pinging - a sign that it may not be over for the night.

The forest-floor dirt became smooth, and the snake was invisible. The centre of the floor began to collapse inward, the hole increasing in size as the grains of earth disappeared into it.

I gathered strength and turned to the left side, and slept.

It's another day, and sleep has reconnected the vital elements. It's knocked the stuffing out of me a bit and the nausea hasn't yet passed, and I may get another seizure before tomorrow if the past is any guide. Often it isn't.

But I'm still here, and it's five days till Christmas, and twelve till the New Year, 2012. 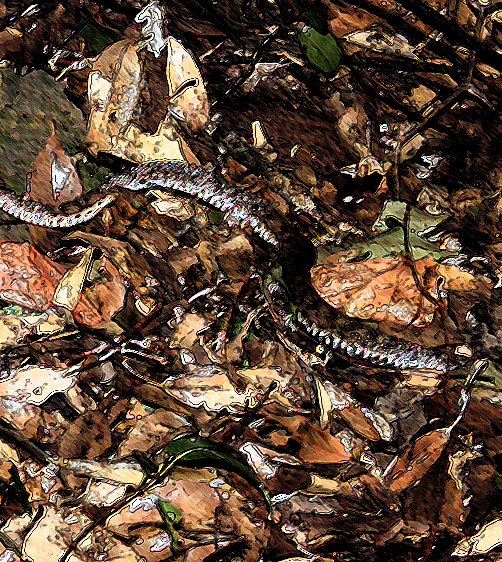 [The 'illustrations'? I made them this morning. Because I felt like it, that's why!]
home | WHAT'S NEW! | stories from my past
Posted by Denis Wright at 11:39 AM