home | WHAT'S NEW! | stories from my past
'The Little Match Girl'
Hans Andersen 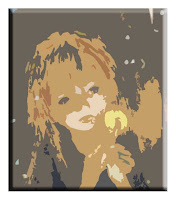 I hated, and yet was fascinated by this story when we read it as children in reading class, again and again as we did; a similar fascination, I guess, to that when we are passing by a fatal car accident. Its charm is its style; a combination of sorrow and sentimentality that never failed to stir me, though it always raised deep and negative responses that still remain as part of my being.
I was fascinated by the fact it could happen in a large city of great riches that such an event might occur, secure as we were in our tiny country village where even the poorest would never endure such things.  I daresay it did teach me a moral lesson, but perhaps not one the author intended. It taught me not that death was some sort of mystical and joyful escape for a child, but that it should never happen that way in the first place.

There are many millions of children in the world today in similar poverty-stricken circumstances. Spare a thought for them tonight, this New Year's Eve for 2012, and think of a way you can brighten some child's life; even just one.
The Little Match Girl

It was the last night of the year, New Year's Eve, and it was terribly cold! It was snowing, and soon it would be dark.

Through the cold and the darkness, a poor little girl wandered in the street, with bare feet and no scarf for her head. She had, indeed, worn slippers when she left home, but they were not much use. They were very big slippers that her mother had worn before her. They were so big that the little girl had lost them rushing to cross the street in between two carts.

One of the slippers was nowhere to be found, and the other was taken by a boy who intended to use it as a cradle when he had children of his own.

The little girl wandered along in her bare feet which were blue with cold. She was carrying several matches in her old apron and was holding one bundle in her hand. It had been a bad day for her; no one had bought any matches and she had not earned a single penny. She was very hungry and very cold, and looked very frail. Poor little girl!

Lights were glittering from all the windows and there was a wonderful smell of roasting meat along the whole street. All the little girl could think of was that it was New Year's Eve. She sat down and tried to warm herself in a corner between two houses. She grew colder and colder, but she did not dare to go home for she would have to take back all the matches, but not one penny. Her father would beat her and, besides, it would be cold at home as well. They only lived in a little hut and the wind blew right through it, even though the biggest cracks had been stuffed with straw and rags.

Her little hands were almost dead with cold. A lighted match would at least do some good! Maybe she would dare to take just one out of the bundle, strike it against the wall, and warm her fingers!

And so she took one. Whoosh! How it sparkled! How it burned! It was a gentle warm flame, just like a little candle when she held her hand around it. But what a strange light! It seemed to the little girl as if she were sitting in front of a huge iron stove with polished brass knobs and gleaming pots and pans. The fire was magnificent and gave out so much warmth! The child had just stretched her feet out to warm them, when the flame went out and the stove disappeared. She was sitting there with only a little burnt match-end in her hand.

The girl struck another match which burned and glowed, and where the light fell on the wall it became transparent like gauze. The child could see into a room where a table was covered with a white cloth and set with fine china. There was a roast goose, stuffed with prunes and apples, which filled the room with a delicious smell. What a surprise! Suddenly the goose jumped from its plate and rolled on the floor, straight to the poor girl, with the fork and knife still in its back.

Then the match went out and there was nothing to see but the thick, cold wall.

She struck a third match. Immediately she found herself sitting under a magnificent Christmas tree. It was even bigger and more beautifully decorated than the one she had seen through the glass doors at the rich merchant's house last Christmas. A thousand candles were burning on the green branches, and it seemed as if all the colourful figures were smiling at her. The little girl held up both hands and the match went out. The Christmas candles rose higher and higher, and she then realized they were just stars. One of them fell and made a long streak of fire in the sky.

“Someone is dying,” whispered the little girl, for her old grandmother, who was the only one who had ever been kind to her, but who had died, used to say to her: 'If you see a falling star it means that a soul is going up to heaven.'

She struck another match against the wall which made a great light. This time in the middle of that brightness she saw her grandmother. She looked so sweet and so shinning.

'Oh granny, take me with you,' cried the girl. 'When the match goes out, I know you won't be there any longer. You will disappear just like the iron stove, the roasted goose and the beautiful Christmas tree.'

She suddenly struck the rest of the bundle because she wanted to keep her grandmother, and the matches shone so gloriously that it was brighter than daylight. Never before had her grandmother seemed so tall and so beautiful. She took the little girl on her arms and they both flew away in radiant joy, higher and higher until there was no more cold, no more hunger and no more suffering. They were in Paradise.

In the cold, early morning, the little girl was still sitting in the corner between the two houses. Her cheeks were red and she had a smile on her lips…she was dead, frozen to death on New Year's Eve.

New Year's morning rose over her little body sitting there with the matches, one bundle almost completely burn up.

'She just wanted to keep herself warm!' someone said.

But no one knew what beautiful things she had seen, nor in what radiance she had entered the New Year with her old grandmother.


The story, though beautifully written, gives me no joy, nor ever did.  Starvation, disease and poverty were the handmaidens of death in nineteenth century Europe, and account for the sorrowful and frightening tales by Andersen and the Brothers Grimm. No wonder there were so many 'wicked stepmother' stories from the time. New wives taken by widowers would often have been barely older than their step-children. One hesitates to think of the likely abuse in many families.
It is no better in many parts of the world today. It doesn't need the comfort of Paradise to keep people under control; it needs the application of compassion and generosity in present lives.

I know, my addition to the story reads like some sort of secularist sermon. So be it.

A thought for the billion Little Match Girls and Boys out there all over the world on New Year's Eve for 2012.
home | WHAT'S NEW! | stories from my past
Posted by Denis Wright at 8:56 PM