Where the wild things ought to be (3)

The Night of the Slut

It's children's bedtime, and I'm reading nursery rhymes to two little girls; old rhymes that are quirky and whimsical, something like this funny little verse in the Big Book of Nursery Rhymes: 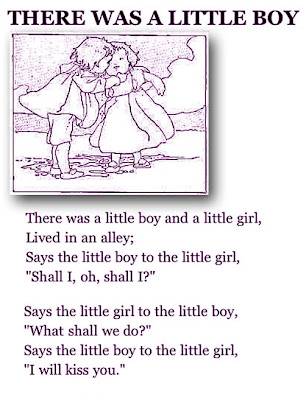 And then I start reading this one, not having read ahead: 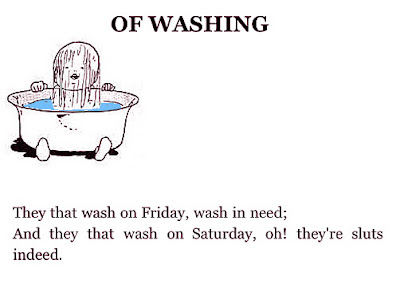 I would be sure to have been asked by one or the other of those little girls, or both. Inquisitive little devils, they were.

So what are you going to say, Dad?

Of course, that would have been 25 years or more ago, if I had read that verse. The 'Slutwalk' appropriation of the term that's happened recently, with its strongly serious message and undertones, reminds us how a word's meaning can veer off from a past understanding of its intent.

I've no intention of getting into the current debate here. It is championed by more articulate people than I and I leave it to them. Words are fluid in their use and no-one should be surprised when they push different buttons in people's consciousness at different times in history – or if, for that matter, they are deliberately chosen to carry a message.

That's what happens to language. Words that are still regarded as obscene today (a diminishing number, admittedly) were in regular use in polite company at various times in the past.

But it was not all that long ago that 'slut' carried a less harsh meaning than it does now. As with other words, it depends on how barbed the arrow is.

Used with intent to wound, there is still probably no more hurtful and degrading word, I'm sure, than for a woman to have it thrown at her, in spite of the strong moves in the recent past to rehabilitate it and give it dignity. Today it's seen in a more strongly sexual context than it did, and not all that long ago. Now it conjures up a very recent imagery. 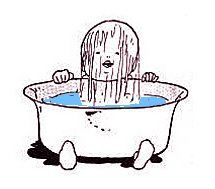 The word 'slut' derives from 'slattern,' which is in the same group as 'slovenly.' In this nursery rhyme, the meaning of 'slut' is far more associated with that group: 'careless' or 'lazy.' Or dirty. The nursery rhyme carries this intent – an insult more often than not hurled by women at women who failed to conform to the standards of the day.

But 'dirty' too is a loaded term. It has always been linked with relaxation of the sexual rules at best, or further down the moral scale, to licence or depravity. Dirty books. Movies. Jokes. Or illicit sex, not conforming to what were often prim, proper or puritanical standards supposedly the hallmark of an earlier era, especially the Victorian one.

There's no clear separation in the meanings for the term. Licentious, naughty, dirty, cheeky, inappropriate, sexy, lazy, untrustworthy, willful, slovenly. All terms aimed at women, the real meaning dependent who it's aimed at and who's aiming it.

The illustration for the poem shows a female (a very little, very innocent one) standing at the bath, so I could easily tell my little daughters that in the olden days, it meant someone who should have bathed every day, as they did, rather than wait till the end of the week as this one did, the naughty little grub. I'd have added that it's not something they should call any other person these days, or it could make them very angry.

But... it's not really the whole story. Could it not also be about a woman who in those days waits till the end of the week not only to wash her body, but the family's clothes? There were days in a Big House (think Downton Abbey!), when washing, ironing, polishing and dusting were done to a fairly strict weekly routine.

Social classes tend to ape their betters, and even in a working class family of an earlier era, woe betide the slatternly non-conformist girl or woman sitting in the sun smoking a cigarette in her scarf, dressing gown and slippers, way past breakfast time.

'Oh, the slut!' a neighbour secretly envious of the "slut's" failure to conform might say.

'Yes, a slut indeed,' the disapproving wife's husband might well echo, angry and frustrated that his prim and proper lady couldn't be a bit more like the pretty neighbour at times, sitting on the doorstep lazing in the sun.


Here's the mañana lady who epitomised it all a half-century ago – though slightly more glamorous, scrubbed and non-Latino than the next door neighbour or the Mexican belle she's supposed to be portraying. Both Peggy Lee and the neighbour are probably equally unavailable to Mr. Righteous the Disapprover; hence his anger is fueled by her "sluttish" behaviour.


Who knows how that resentment might manifest itself? Welcome to the 21st Century.

To go to A Man for All Tongues