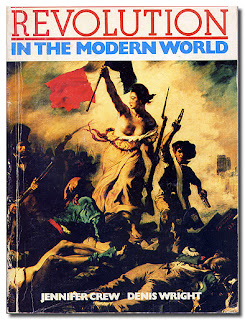 When I was teaching first year Asian cultural history, I always felt that the first lecture was the most important for the year. It wasn't one that filled student heads with information. It set the tone.


'This year, you're going to hear me repeat a sentence of three words; and probably more often than you might expect.'
It was a good starter.


'What do you think those words are?'
Suddenly it was right back on them. I'd look around at faces.

Silence inevitably ensued. Some shrank back in their seats. I'd choose one of the shrinkers.


'What do you think?'
I didn't ask it aggressively; just a casual inquiry. Alarm would show on the face of the one being picked out amongst a room full of people, most of whom didn't know each other.

They'd smile nervously, and probably would say nothing; just shrink back a little more.

'How about you?' I'd ask someone who looked less timid but clearly off-guard.

One of the advantages of being a schoolteacher previously was that I learned to scan student faces and body language immediately and let them know this was going to be a two-way process. Some lecturers came into the lecture room, looked up at the far wall when they spoke, and barely had a clue who they'd been talking at for fifty minutes.

So, very often I got the answer I wanted.

'Brilliant! You must be a mindreader! Those are the very three words I was talking about.'

I don't know. These can be the most liberating words in any language, in the right circumstances. A lot of problems in the world are caused by fear to admit ignorance of something - the courage to say, I don't know. 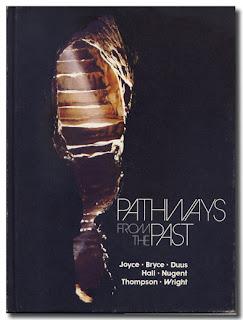 'This subject covers civilisations that take in more than half the world's population. It covers a period in time of five thousand years or more. It includes the world's main religions. And none of this stays the same over that period.'
'So, there'll be times when you're going to ask me a question about some facet of all this, and you shouldn't be surprised if I say, "I don't know."'
'I'd rather do that than give you wrong information. But - there's something else I will say to you. Either I'll tell you that I'll find an answer, if there is one, or I'll show you how and where to look for it.'
'Besides, there may not be a "right" or "wrong" answer - only opinions and interpretations. You might have had a textbook at school where all the "right" answers were. That's... history - in the sense that it's over. If you leave this course with that idea still in your brain, then we'll have failed. But that's not going to happen.' 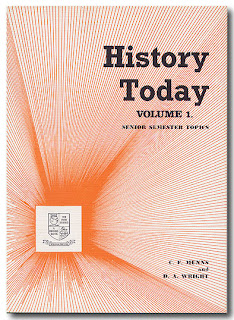 It's a terrible thing to do to kids at school to let them think there are "bibles" of history, where all the "answers" are. But sources do vary considerably in usefulness - as do the 'answers' on Wikipedia, currently the font of all knowledge. The democratic or consensus view of it at least.

There's always a place for 'I don't know'. There's rarely, if ever, a place for 'this is the right answer' when it comes to history.

And yet... in my first few years as a tutor at Queensland University, a friend and I collaborated to produce a textbook that was (sadly, I believe now) the set text for the Queensland's Modern History Syllabus for more than five years - and the book went on selling well for another five years.

This became rather embarrassing because it was exactly the sort of textbook I later came to criticise for the reasons I explained above, when I became a lecturer at the University of New England. Some of my university students here were brought up on a solid diet of it. But that's the way things were done in those days in secondary schools....

The books pictured above were all textbooks I collaborated in writing in the early 1970s. The last one shown was in five volumes and looked inside every bit as inspiring as the cover (I say no more on that!)
home | WHAT'S NEW! | stories from my past
pt 1 <<you are here | pt 2
Posted by Denis Wright at 7:14 PM