How do we make sense of the Tao te Ching? 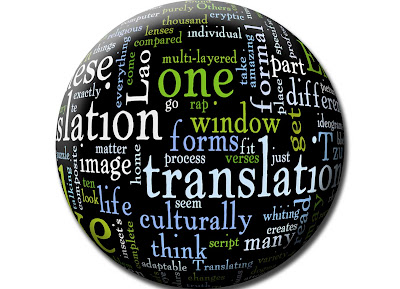 The Tao te Ching as we have it was written probably over centuries and well before the Christian era. Its written form has come to us in ancient Chinese script, in the idiom of its era. Can it really be relevant to a world so changed?
Obviously it can. After all, if the Semitic texts of Judaism, Christianity and Islam, or the ancient Hindu texts or Confucius are relevant to billions on the planet Earth today, there's no reason why the Tao te Ching can't be.
It's the most translated ancient text from Chinese to other languages. It seems that everyone who fancies themselves a bit in Chinese language, literature and philosophy wants to have a go at a translation. But it's no simple matter.
Translating ideograms to linear forms like English changes everything. An ideogram is more than a word; it's multi-layered. It's culturally specific.
It's an idea in a picture, and sometimes a very complicated idea.
Let's think about it on the assumption (which may be quite wrong) that


•    we are people who can't even read modern Chinese script
•    we aren't Chinese
•    we don't think like the Chinese do in many ways
•    we have a very different outlook culturally
•    we have to rely purely on translations into English.

Lao Tzu, we have a problem - but least there are only ninety verses. It may seem a pity they're so cryptic, and use archaisms like 'the ten thousand things' to represent all life forms. But that's also part of the attraction. It can counter the dogma and allow it to be imagined in our own terms.
These translations may be either by modern Chinese scholars or by non-Chinese. How do we hope to really get to what Lao Tzu (whoever he is) was talking about?
In the comment you can see in another window or tab, it indicates exactly the approach to take - to use multiple translations. We're blessed (or cursed) by having many attempts at translation online. They range from the very formal to the trippy. Some look like they're made for rap. Others are even recreated in formal rhyming English verse.
In my view, this variety is just what's needed. Any one verse can be compared amongst a series of translations. Don't get attached to one - use each translation of a verse as if looking through a window on some unfamiliar object.
As you go round the windows, you build the picture like an insect's eye creates one, in 3D as it were. It becomes a composite image of what's visible through the window. You might reject the parts of individual translations that don't fit. After all, not one of these insect-eye lenses contains a perfect or complete image of the subject.
We become part of the translation process. We adapt it to our time and place.
What you read in Tao te Ching verses is not dogma; it's a pointer to a truth. It's amazing how what seems to be one unsatisfactory translation can come up with one gem or, if you like a different analogy, can provide the missing piece of a jigsaw puzzle of comprehension.
No matter who you are or your religious beliefs, if you profess any, the messages in the Tao te Ching are adaptable to real life, whether you're in the twentieth floor of an office block looking at a computer screen, ironing at home, or fishing for whiting at the beach.
Let's try to learn to understand the nature of the things in life that matter to us, but don't ever be too sure we know all there is to know about it. We almost certainly don't.
home | WHAT'S NEW! | stories from my past
pt 1 | pt 2 | pt 3 | pt 4 | pt 5 | pt 6 | pt | pt 8 <<you are here
(This will make more sense if you read earlier parts first - see above!)
Posted by Denis Wright at 3:43 PM